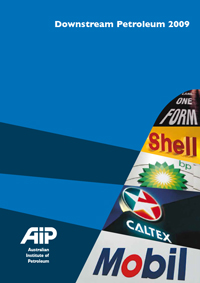 The Australian Institute of Petroleum (AIP) today released Downstream Petroleum 2009, the new edition of AIP's biennial publication which sets out key industry facts and issues impacting on the downstream petroleum sector in Australia.

"The high levels of competition and efficiency in the downstream petroleum sector mean that Australians continue to enjoy among the lowest prices for petrol and diesel in the OECD and a high level of fuel supply reliability compared to many other countries," Dr Tilley said. Downstream Petroleum 2009 highlights key findings of the ACCC's 2009 fuel price monitoring report, which confirmed the competitive, market-driven nature of the industry and industry compliance with the Trade Practices Act.

"Petroleum industry performance underpins the competitiveness of other key domestic industries such as mining, farming and transport, and also supports major investment in Australia."

Substantial industry investment (over $5 billion since 2006) in refinery and supply chain improvements and upgrades has improved refinery reliability. Along with significant cost containment, this has helped to sustain the commercial viability of Australian refineries in the face of competition from regional refiners. The industry invested $1.6 billion in 2008 – an annual record for the industry.

Dr Tilley said, "These industry achievements and investments have occurred against the background of significant market challenges." Downstream Petroleum 2009 shows that the global financial crisis in 2008 had a major impact on the petroleum industry. Prices fluctuated wildly, demand for liquid fuels fell significantly in industrialised economies, and petroleum product markets became oversupplied. Refining margins collapsed and petroleum refiners across the world suffered large financial losses. In Australia, the downstream petroleum sector reported a $500 million loss in 2008.

"Variable financial returns for the industry over the last decade illustrate the large and cyclical fluctuations in performance that are a feature of the petroleum industry. They also highlight the financial challenges for an industry already, according to the ACCC, at the lower end of business profitability," Dr Tilley said.

Downstream Petroleum 2009 also highlights the future uncertainties and challenges – both local and regional – confronting the Australian downstream petroleum industry including:

Dr Tilley said, "An ongoing industry concern is government policies and regulation that place additional costs on Australian refiners that are not faced by regional competitors." For example, under any new carbon pricing regime, emissions intensive trade exposed industries such as the petroleum refining industry must be clearly recognised as requiring special consideration to maintain a level playing field until such time as competitors in other countries are subject to similar carbon costs.

Dr Tilley said, "The downstream petroleum industry expects to be able to continue to provide Australia with secure and reliable liquid fuel supplies, largely from Australian based refineries, if a free-market environment and level playing field continues."